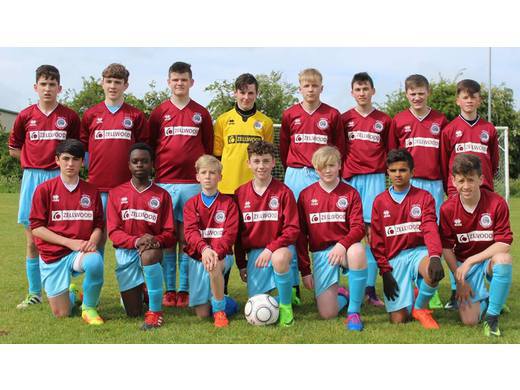 Villa bow out of SFAI Cup to Bohs

Playing on a tight pitch with a far from perfect surface in the Phoenix Park, Villa set out to match themselves against what will be a league opponent next season and they started off fantastic, pressing Bohs high and conceding no space to them. The first real chance came to Villa when a free kick from wide was whipped in and went across goal with two players almost latching onto the end of it. Bohemians had possession and moved the ball well but never caused keeper Scott O Sullivan, who's handling was very good, any real problems. In a first half of few chances it was Villa who broke the deadlock when a free kick from Alex Williams was latched onto at the back post where Kian Ratty had made a good run and he got his head up and squared it to an unmarked Tristan O Neil to slot home the opener after 20 min. The rest of the first half continued with both sides battling to gain a foothold.
H-T 0-1

The second half began with Bohemians flying out of the blocks with a more aggressive and faster tempo to their game, which Villa were handling well with captain Finn Murray marshalling the back four. But the pressure eventually paid off when a lose ball was struck towards goal and unfortunately a Villa defender trying to keep out the shot got a toe to the ball and took it away from the Villa keeper for an own goal. Bohemians took confidence from the fortunate goal and kept mountain pressure and 20-min into the second half scored from another own goal. A corner was headed toward goal and into O Sullivan's hands, but again was the commitment of the defence a head was put on the ball and diverted it into the net. Villa then found there form again and picked up the tempo for the last 15min and on another day could of had a penalty when the Bohemians centre back clearly pushed O Neil when he nicked in front of him inside the box and indeed a follow up tackle on a Villa player could also have yielded a spot kick, but it wasn't to be. Villa pushed hard and gave absolutely everything and with a little luck could have nicked something. It was an all round fantastic team effort and bodes well for next season when the club moves to the NDSL at U 15 level.