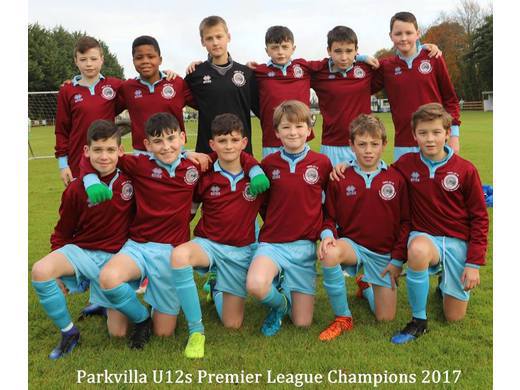 After a long season it all came down to this game in the league, the Navan boys required 1 point to be champions. They got off to a flying start when Joshua Kerr played in Matthew Alonge who made no mistake on 3 minutes. Just two minutes later Oisin Gibney doubled the advantage. The game was put beyond Trim with a quick double from Matthew Alonge on 15 and 18 minutes.
Half time 0-4

Oisin Gibney got his second at the beginning of the second period and Callum Bonner scored the best goal of the day with well struck shot into the top corner on 53 minutes. The score-line slightly flattered the visitors as Trim came close on more than one occasion. Great performances from Senan O’Connor in defence and David Crocock in midfield and great to see Jack Kelly back on the pitch after his recent stint on the side line.
After such a slow start to the league campaign, dropping 5 points in their first 3 games, it was a remarkable achievement to turn the season around and grind out results week after week and drop just 2 more points in the final 11 matches by winning 10 and drawing 1 game. Memorable victories and great fighting spirit shown throughout the campaign by all the lads made the title win all the more pleasing. Consistency in the games week after week from such a young team makes us all proud to watch them. That makes it 3 league wins in a row at under 12 for these boys, they won Division 1 when they were under 11, they won the premier league last season during the short season and now again in 2017, take a bow, boys.